At Bang, we take a human approach to brand experience, supported by creativity, data, and a passion for meaningful transformation.

Developing a creative strategy to localise a global brand. 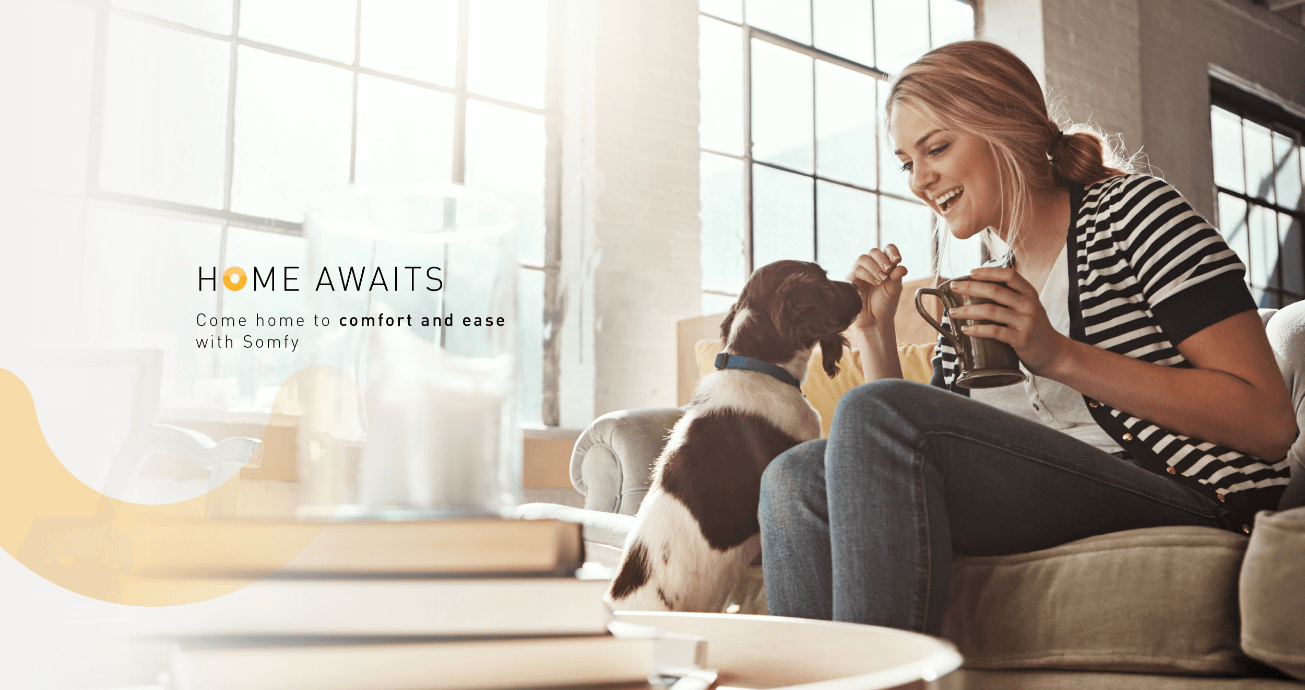 For customers that want to invest in quality and reliable products for their home, Somfy is the trusted partner for providing the best motorisation and automation solutions for internal and external window treatments. Founded in France and operating in Australia for over 30 years, Somfy provides customers peace of mind through a long history of European product development and contentment by bringing modern convenience easily into the home.

Despite a strong 30 year history in Australia with a legacy as one of the leading players in the automation of awnings, blinds and shutters, the awareness of both Somfy and home automation with Australian consumers is relatively low. Somfy and home automation is well known and well used in other markets (e.g. Europe), however consumer needs are different to those in the Australian market and Somfy’s local team realised the need to market to their audience differently.

Somfy has an outstanding reputation in the window covering industry as a company that offers the best quality, service and products available, but they rely on retailers to sell their product to customers. Due to lack of awareness, this can be difficult. There is also a perception that these kinds of products are unattainable or “too expensive”. Somfy’s challenge to Bang, was to develop a strategy and program to raise category and brand awareness and present Somfy in a way that appeals to the unique Australian consumer audience. 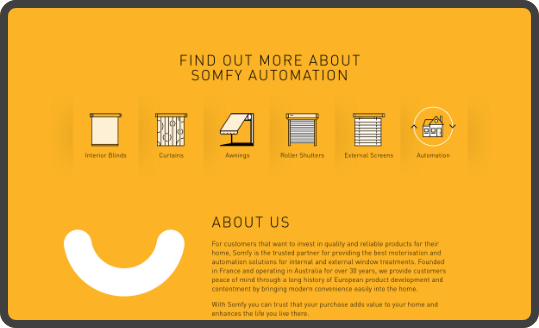 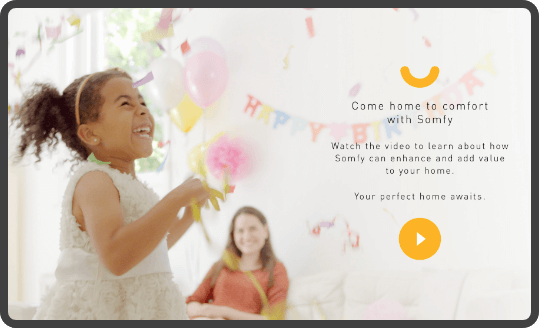 To effectively focus Somfy’s marketing strategy in the Australian market, there had to be a true understanding of how Somfy and home automation is performing in the Australian market. Understanding within a local context was crucial to the success of any strategy put in place. For this reason, the first step was to develop a Value Proposition for Somfy Australia, which included an in depth discovery process carried out by the Bang team.

By interviewing Somfy staff, Somfy retail partners and end customers that had chosen to install Somfy products, Somfy’s current value in the marketplace was uncovered as extremely reputable and trusted to those that know them, but general brand and category awareness in consumers was low.

The value proposition exercise also established what Australian consumers value in their homes and what may drive them to consider home automation, if they knew it was an available option for them. These discoveries lead to building on the concept “Enhancing Everyday” and subsequent campaigns built on this overall idea. This approach was a slight step away from Somfy’s global marketing message, so it was necessary for Bang’s creative team to develop new creative assets to represent this new direction in preparation to launch to the wider marketplace.

This phase of the project was identified to Lift Category Demand, whilst also promoting Somfy as the “face” of home automation for window coverings in Australia.

Based on the findings from the discovery process, the “Home Awaits” concept was developed. Creative executions for this project included a series of videos (including 1 minute, 30 second, 15 second and 6 second lengths for use in different online contexts) plus customised content to appear on Facebook, Instagram and LinkedIn - all directing consumers back to the newly created Home Awaits landing page.

This landing page and associated creative executions were aimed at educating and informing consumers about Somfy and their home automation products, but also showcasing the brand in a way that would appeal to the Australian consumer. It was necessary to include a strategy to address barriers for local consumers, while also trying to redefine existing attitudes towards the category in general.

Ensuring the creative content was conveying the correct message was one thing, but creating a targeted and effective digital campaign strategy to ensure the correct content was seen by the right people was crucial to its overall success. During the initial discovery phase, clear personas were identified as Somfy’s target audience and Bang used its digital marketing expertise to develop the most effective media planning strategy to achieve the objectives of the campaign. Run over a set time period, Bang was able to reposition where ads are being consumed online, to optimise the reach of the campaign and maximise the impact of the media spend.

By driving consumers to the landing page with a more targeted approach, there was a higher chance of engagement, resulting in positive brand association and actual absorption of key messages by the intended audience. 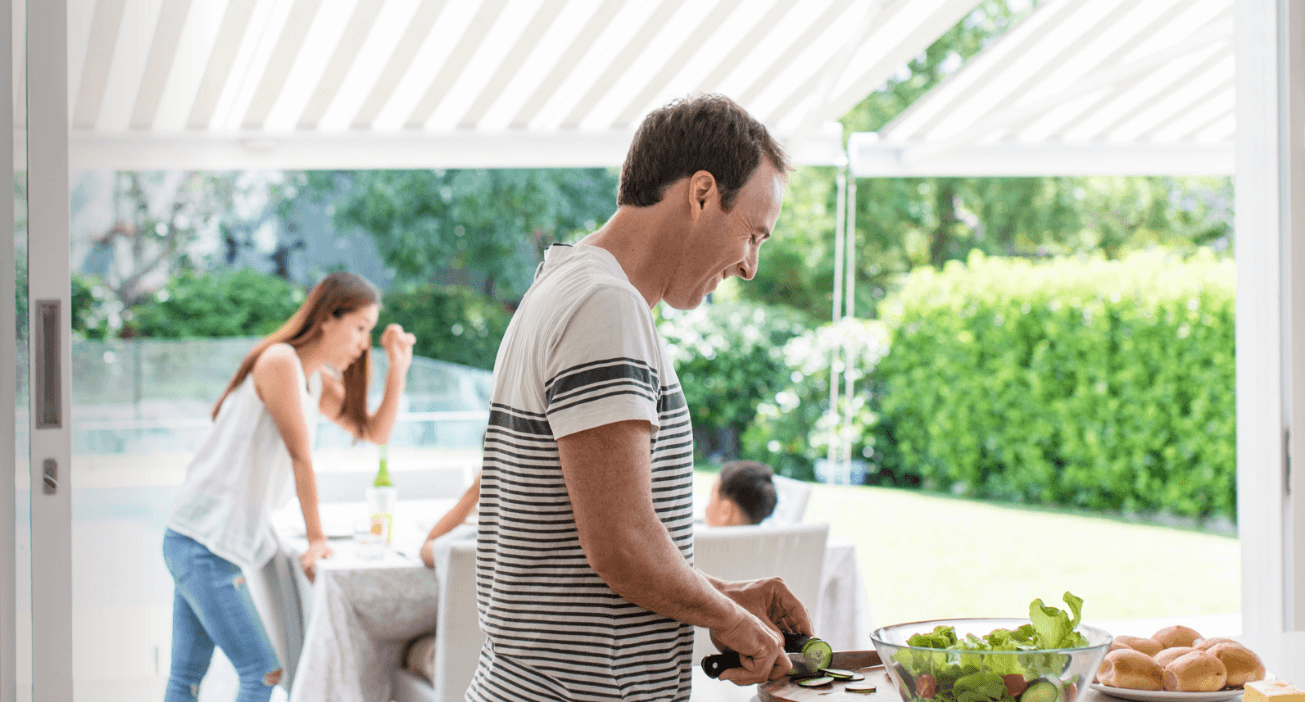 Somfy’s desire to build a localised initiative to appeal to the Australian market was achieved through this campaign. Early results indicate success in the approach and a positive reception from both consumers and retail partners with the assets generated. Somfy now has a library of localised content that they can continue to leverage in the Australian market, and can also be used in other similar marketplaces around the world.

Observing results for a brand awareness campaign can take time, but right from the beginning Somfy experienced an increase in digital leads being delivered to their Somfy Expert affiliated retailers since the launch of the program. Q4 2018 experienced the highest amount of customer leads sent through to retailers ever and this also coincided with an overall increase in sales for the Australian arm of the business.

These early results suggest that Somfy’s desire to boost overall category demand while highlighting themselves as the major player in this segment of the market is gaining traction, thanks to a researched and targeted campaign that understands and appreciates the needs and wants of the Australian consumer. 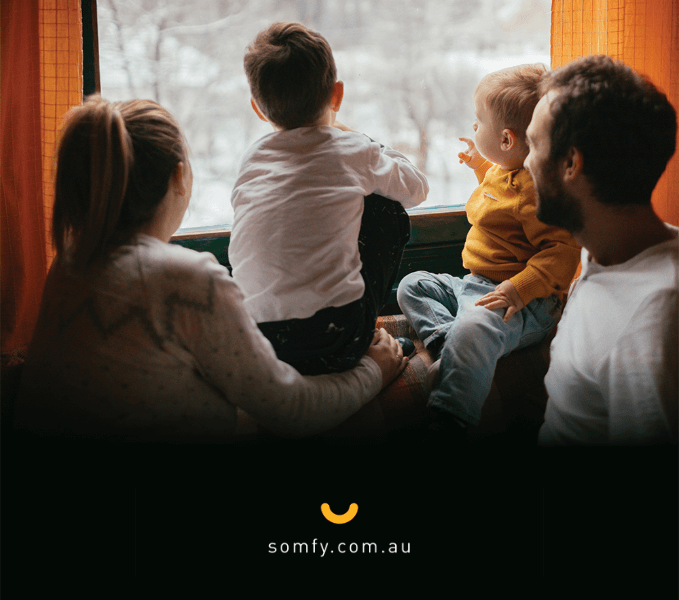 Bang's approach to our desire to boost awareness of both Somfy and home automation was innovation and dynamic. By dissecting the local market and identifying what Australian consumers value at home and who our target audiences are, we were able to develop local content to drive our digital marketing strategy to these people directly and pass on qualified leads to our retail partners. We're seeing positive results already and we look forward to continued success.